Hello again faithful followers!  I'm sorry I haven't been on in a while.  Life and stitching has gotten in the way.  I'm happy to say I have a lot of progress on my new start!  Last time you saw me was almost a month ago and I didn't have much to show then.  Just my Birthstone Dragon SAL (which has a new month out that I haven't started yet).  But I'm excited to show you my new start!  I chose Max Color Museum Shelf by Aimee Stewart charted by HAED.  The more eagle eyed among you might have noticed that I already have a progress bar up with progress.  I was planning on doing a post at the same time but I totally forgot!  The progress on my bar is from when I finished my first color: 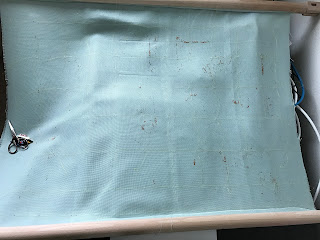 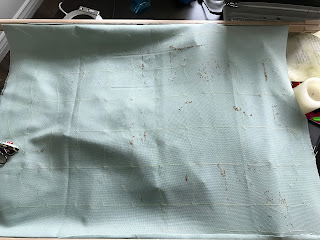 Both pictures show the same amount of progress.  As you can see I'm doing this extreme cross country.  I tried to get good photos but it's a very large piece so it's difficult.  But this is all of 301 and the colors are more true in the bottom photo.  I started with this color because it's the first stitch in the upper left corner but then I decided to do the color with the most stitches so I started black next.  I'm only 4 pages in so far (not including some bleed through to other pages) and I only finished this today but here is my most up to date progress: 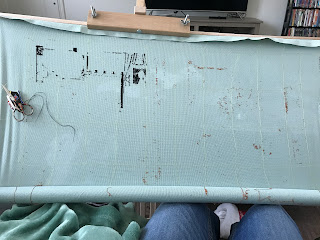 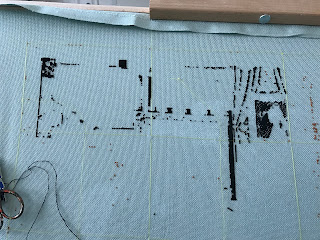 Here is what it will look like when it's finished: 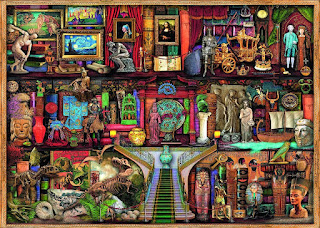 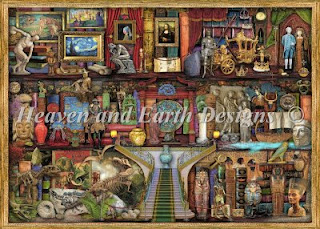 Two different pictures and I'm not sure which one will be closer to the actual piece but I'm assuming the more muted one.

The frog has visited me a few times so far on this piece.  The first time (other than a random stitch here and there) was with the black: 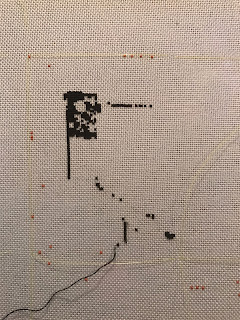 I had done all of this and it was 2 rows down too far so I had to frog it all and restart.  Keep in mind the grid lines are pages so this is a pretty significant amount.  Basically a whole weekend was spent stitching it and then I spent all of Sunday night frogging.  Nightmare and too much of a difference to fudge.  The frog visited me again a few days later but it wasn't such a big deal then I was just off a stitch for part of one of the curtain lines so it only took me a half hour to frog it.

I'm starting to lose steam with the black so this may go away for a while or I may switch out for a color with a few stitches but we'll see how it goes.

On the personal front things are going really well so far in my student teaching.  This new teacher is soooo much better than my other one.  I'm still learning the ropes since my observation week had not only a day missing out of it but every other day that week was not a typical school day.  We had an assembly one day, a field trip the next and some junior Olympic tryouts I had to help with.  I started taking over a bit last week but tomorrow starts my first lesson takeover.  Well I did a lesson last week but they were just practicing their typing so I wasn't really counting that.

I'm actually getting more stitching done than I thought I would at this point.  I just booked my final test today for the first week in May so I may have to take a stitching break to study for it.  It's a state assessment that's required for licensure and it's apparently really difficult so I'm going to have to really buckle down and practice it.

Well that's all for me at the moment.  The new Zelda game is supposed to come tomorrow so I'm sure that's going to cut into my stitching time as well.  My goal was to finish the black on this page before I played so I'll probably be starting it tomorrow lol.  My hubby has been playing on his new game too (Final Fantasy) so I'll stitch while he plays.

Thanks for stopping by I'll see you all next time! 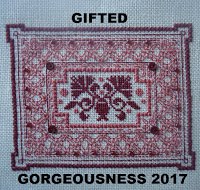 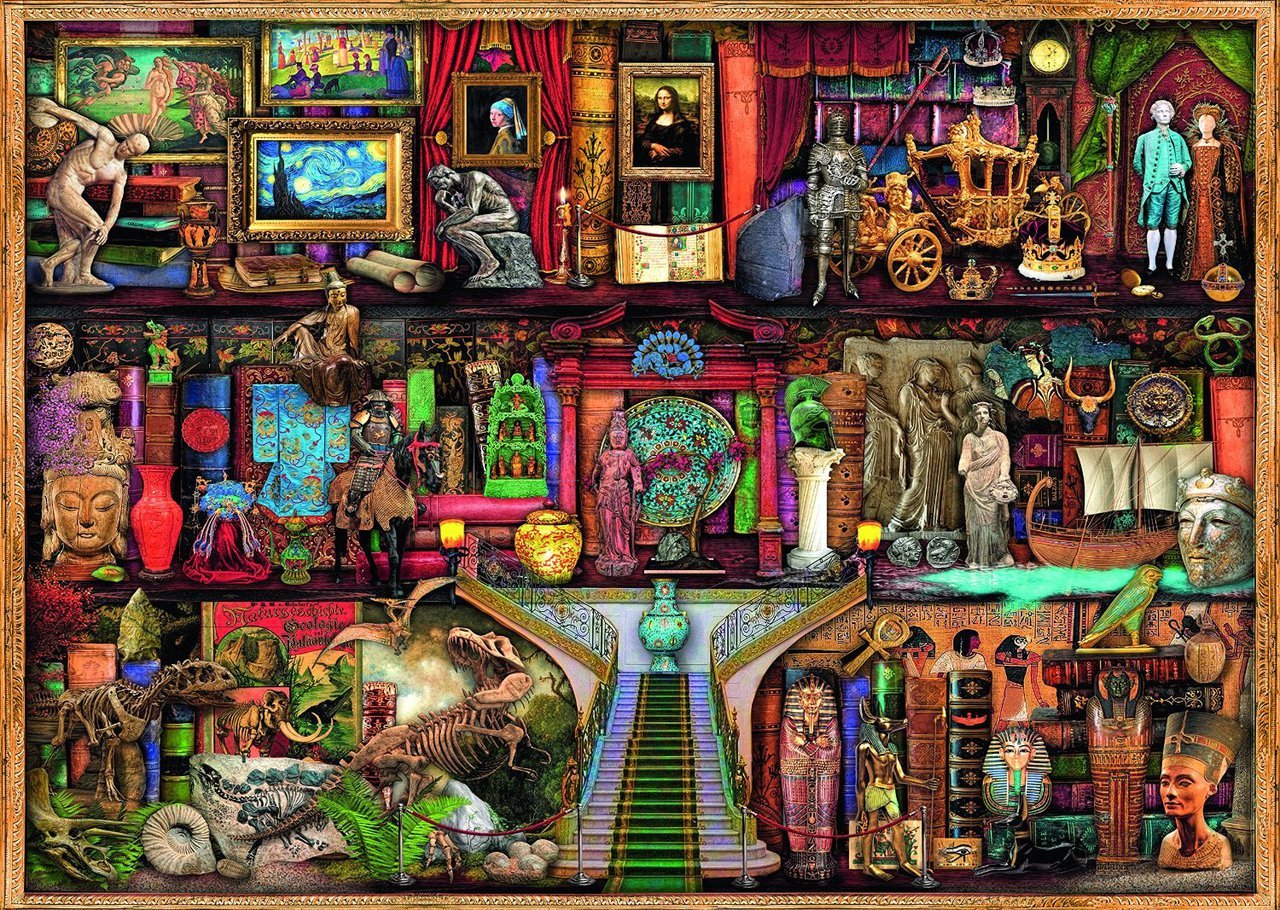 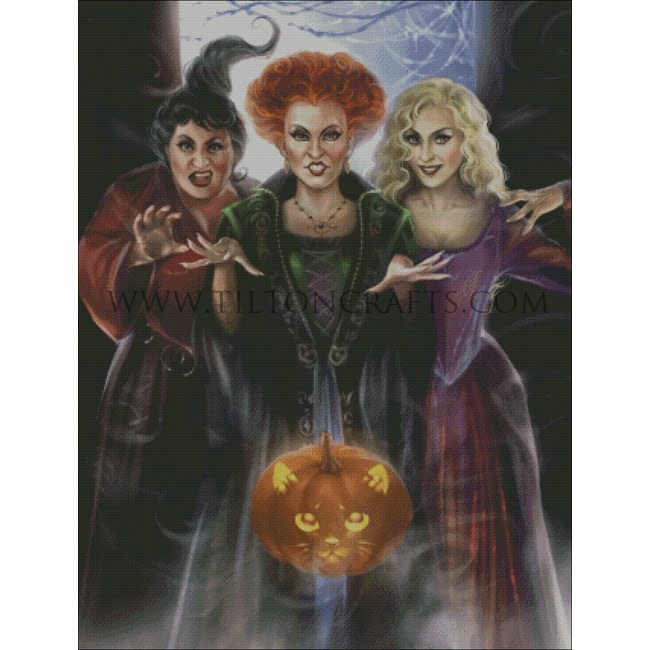 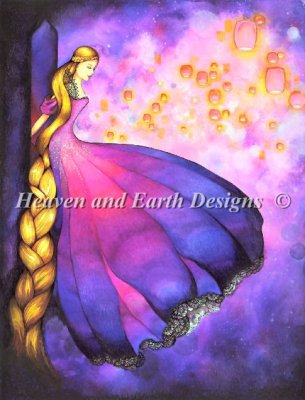 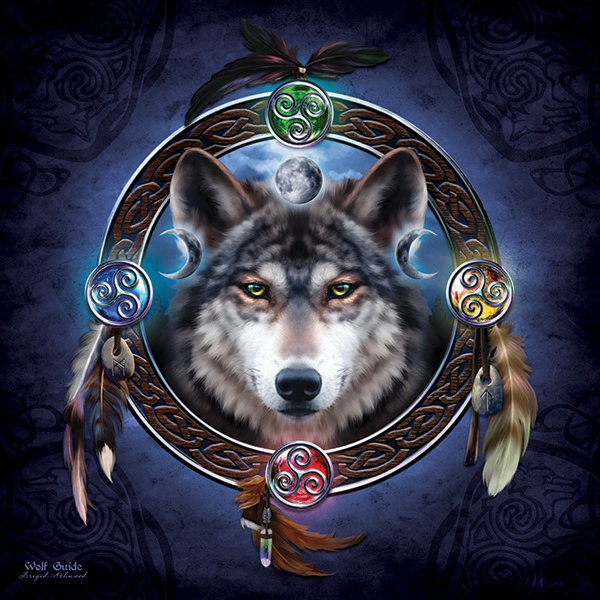 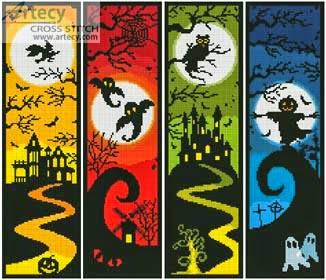 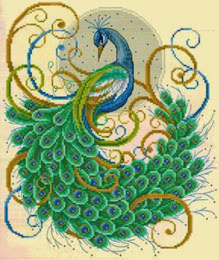